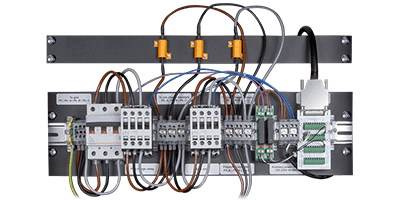 This example implements the control for a three-phase PV inverter. Such a system can be typically found in small industrial photovoltaic facilities, which are directly connected to the low voltage power grid.

The presented system implements a dual-stage conversion structure, using a boost DC/DC stage in order to raise the voltage of the PV panel to an intermediate DC bus, as well as a conventional DC/AC Three-phase Voltage Source Inverter (VSI) for the connection to the grid.

As such, the system is similar to that of AN003, except that the inverter is a three-phase variant.

Two sets of files are proposed, suitable for implementing the control and simulating its behavior in MATLAB Simulink or Plexim PLECS environment.

The file below contains the PLECS model with a Hardware-In-the-Loop (HIL) configuration that can be used with the B-Box RCP together with a Plexim RT-Box.

Finally, to download the CPP code of the control algorithm, please use the link below.

The overall control implementation corresponds to the following choices:

The example models available for download at the top of this page have the following simulation scenario, which is illustrated by the simulation results below:

HIL simulation allows further tests on the Precharge and Operation state machines. The following results are obtained when executing the control code on a B-Box RCP, and the plant model on an RT-Box.

The figure below shows the evolution of the DC bus voltage during the precharge when starting from an empty bus. The point (1) corresponds to the user changing the variable “activate” from 0 to 1. This has the effect of closing the precharge relay and the DC bus is charged from the grid, through the precharge resistors and the converter diodes. Point (2) is where the voltage reaches the minimum bus voltage, which closes the bypass relay. 200 ms later, at (3), the boost and inverter stages are activated and the DC bus is regulated at 700V.

During that procedure, the grid currents are shown below. At steps (1) and (2), they are rectified currents flowing through the converter diodes, and after (3), during normal operation, they are sinusoidal currents with d- and q-axis components controlled by the algorithm.

An obvious prerequisite of grid-tied operation is that all necessary precautions are used in order to make the flow of uncontrolled currents through the inverter diodes impossible. This notably requires that the DC bus is pre-charged by suitable means before the connection to the grid. Useful information regarding how to pre-charge the DC bus in grid-tied applications is given in TN131.
Don’t forget to properly configure protection thresholds on the B-Box RCP before starting experimental activities. The related documentation can be found in PN105.

Experimentation on this Application Note can be made using standard imperix equipment:

In addition, the following equipment is needed:

The following steps can be used as a brief reminder of a reasonable start-up procedure:

1) Before addressing this application, run a simpler control code in order to validate that:

All measurements are correctly acquired, with the appropriate gain and sign (notably currents).

Protections are correctly configured and do trigger at the appropriate value.

The switched voltage (EMF) at the converter-side of the grid inductor has no obvious phase mismatch with the grid voltage (e.g. operating in open-loop while disconnecting the inductor). There are indeed numerous risks of polarity errors…

2) Pre-charge the DC bus to a sufficient voltage to avoid any risk of uncontrolled diode conduction. In single-phase application, the minimum DC bus voltage is defined by .

3) Physically connect the converter to the grid, either using a controllable relay or using manual wiring.

Benoit is the head of software development. On the knowledge base, he is the author of numerous software reference documents. 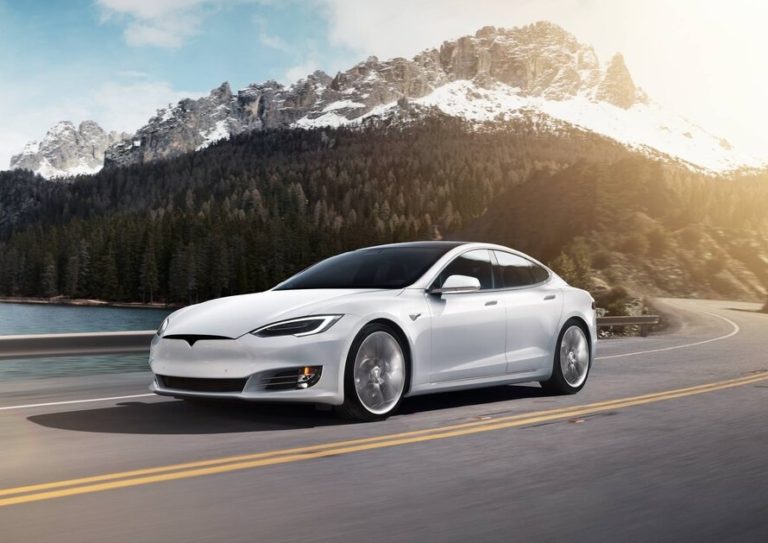 The note introduces an electric car motor control strategy. The system is tested on a back-to-back motor testbench with car emulation.